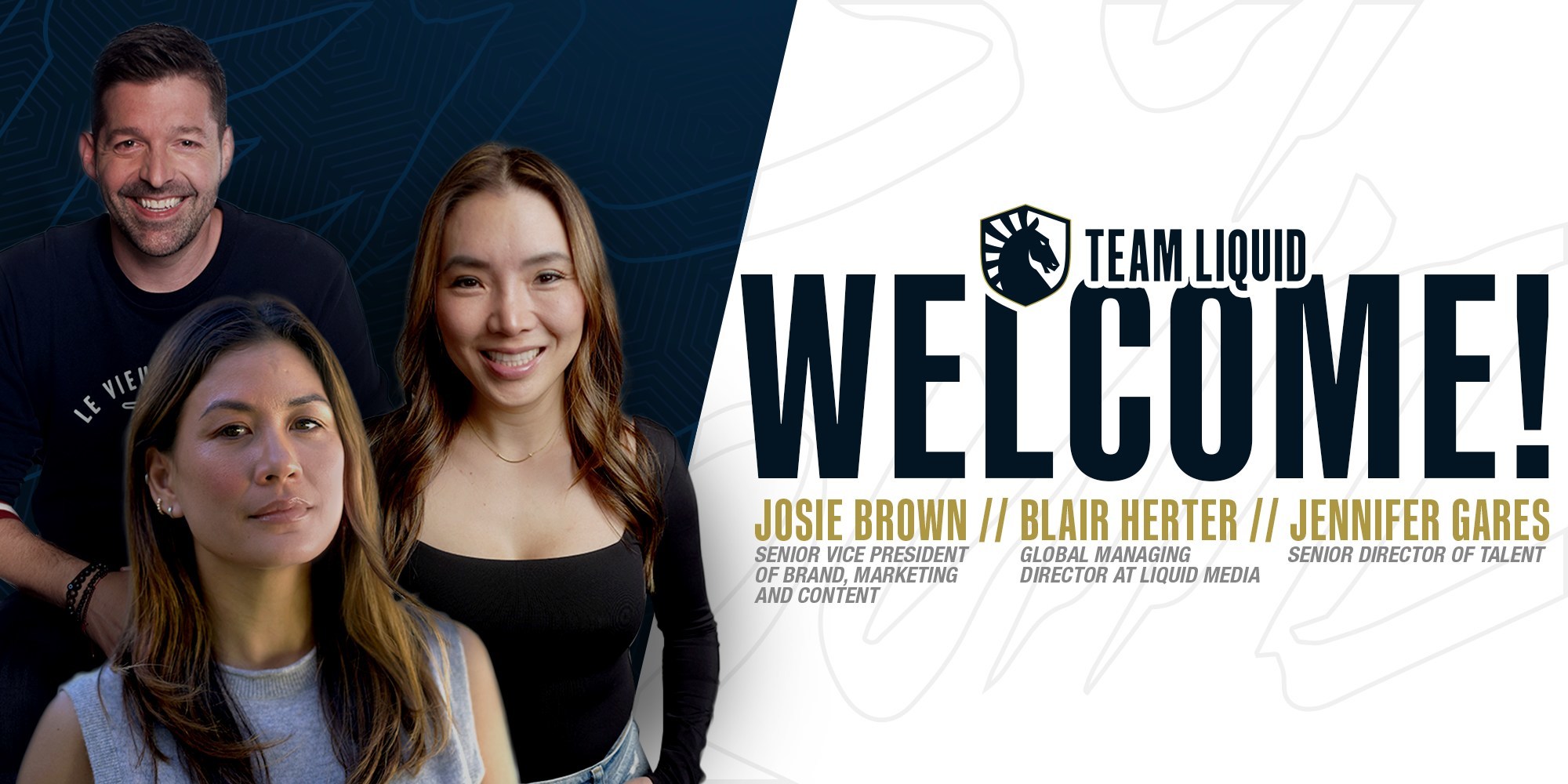 “Team Liquid has always been at the forefront of competitive success. From the early days of Starcraft II to the dominance of our North American League of Legends roster to strong showings in new titles like Valorant, our fans are accustomed to seeing Team Liquid bring home trophies,” said Claire Hungate, President and Chief Operating Officer of Team Liquid and to whom Liquid Media reports into. “Part of my goal in joining Team Liquid was to ensure that every single part of our business matches up to the gold standard set by our competitive teams. I’m fully confident that Josie, Blair and Jennifer are the right people to help Team Liquid excel in this next growth phase.”

A creative marketer and universal storyteller, Brown most recently served as Head of Brand & Culture Lab Marketing at Hulu, where she championed the creation of the streaming industry’s first Black Stories hub. Prior, Brown worked as Group Brand Director at Zambezi where she co-developed a new narrative and vision for the agency as it shifted its focus from sports to broader clientele. The revitalized positioning enabled the company to secure major partnerships with global brands including Adidas, Coca-Cola and Samsung. As Team Liquid’s Senior Vice President of Brand, Marketing and Content, Brown will leverage her robust global experience to continue the momentum of their rich legacy as the global leader in esports, while also growing the Team Liquid brand through innovative partnerships, collaborations and content. As an ambitious and bold marketing professional, Josie is tasked with reinforcing Team Liquid’s dominance at the intersection of gaming and culture.

Herter brings more than two decades of gaming experience to the newly created media role. He joins Team Liquid from G4 where he was responsible for relaunching and rebuilding the platform into a leading content studio uniting creators and fandoms. Prior to G4, Herter spent a number of years at ADVNCR and IGN where he led the branded content teams and helped facilitate and execute partnerships with top brands including Taco Bell, WWE, Disney and others. At Team Liquid, he will lead the B2B gaming production agency, Liquid Media, which draws on Team Liquid’s deep knowledge and understanding of the Gen Z gaming audience to help brands like Riot Games and Alienware effectively engage with those audiences across their social media, content and strategy needs.

Experienced streaming and talent integration leader, Jennifer Gares joins to spearhead Team Liquid’s content creator and streamer strategy in her role as Senior Director of Talent. With an expansive background in the ecosystem, Gares held notable positions at leading organizations including Loaded, Forge, Red Bull, Kingston HyperX and Cloud9 where she facilitated the transition and acquisition of prominent content creators including FPS legends, Shroud and Skadoodle.

“Today’s critical appointments serve to reaffirm our belief in the organization’s vision, our core values and our unique ability to elevate beyond esports and competition,” said Steve Arhancet, Co-CEO and Owner of Team Liquid.